As the dust has settled on 2021 and the 2022 year is already one month down, where do you stand with your New Year Resolutions? A lot are 4 weeks into their new routine and a lot couldn’t make their new habits stick beyond the first week. Whether you fall into the first group or the second, who really cares? I am all for self-development and I think its extremely important to always thrive for improvement within yourself day to day and week by week but that doesn’t mean you have to be on the money every single day.

Why do people wait to the end of a year to make a resolution that’s suddenly going to change their live, body or finances for the better? Think about it, if you really wanted those things to happen you could make that resolution right now after reading this article but it never works that way, does it? People like fresh starts or structures to start something. How many times have you said ‘I’m going to start tracking my calories on Monday’, ‘I’m going to start saving after I go out next weekend’? People like the comfort of doing something later than right now because right now is outside of their comfort zone.

If you have already fell off the bandwagon of your New Years Resolutions then as I said, who really cares? 46% of people will have given up on ALL their resolutions within 6 months anyway and that’s just the reality of it. According to research carried out in 2021 of those who make a New Year’s resolution, after 1 week 75% are still successful in keeping it, after two weeks, the number drops to 71% and after 6 months, 46% of people who make a resolution are still successful in keeping it.

This article is not to glamourize failure by any means but simply to highlight how common it is for people to give up on their resolutions. So, if you have given up already then don’t worry? The best thing about it all is you have the opportunity to restart again right NOW. This isn’t a penalty in the last kick of the game to win where the consequences are fatal; it’s a never-ending opportunity where you can pick yourself up and go again and again and again.

Let’s try something, you’re reading this and just say you haven’t fulfilled your resolution since January 1st. Think of that resolution in your head right now and think why hasn’t it materialised? What can you do to make it stick if you tried it from today onwards? Let’s take the example of wanting to eat breakfast every morning. Unless you are changing your routine in some aspect the night before or that morning then its not going to be remotely possible. You can set your alarm for 20 mins earlier each morning to prepare something before work but the likelihood when that alarm goes off you hit snooze and just get up at the same time that you normally done, why? Because that’s the habit routine you’re used to. Break it down as much as possible so things are so straight forward and accessible that it becomes streamlined into your routine. Set out your bowl, spoon and cereal on the table the night before, or prepare your overnight oats and put in the fridge so all you have to do is eat it. When that habit loop starts, you’ll start doing things more naturally as you’ll now be used to eating breakfast in the morning. 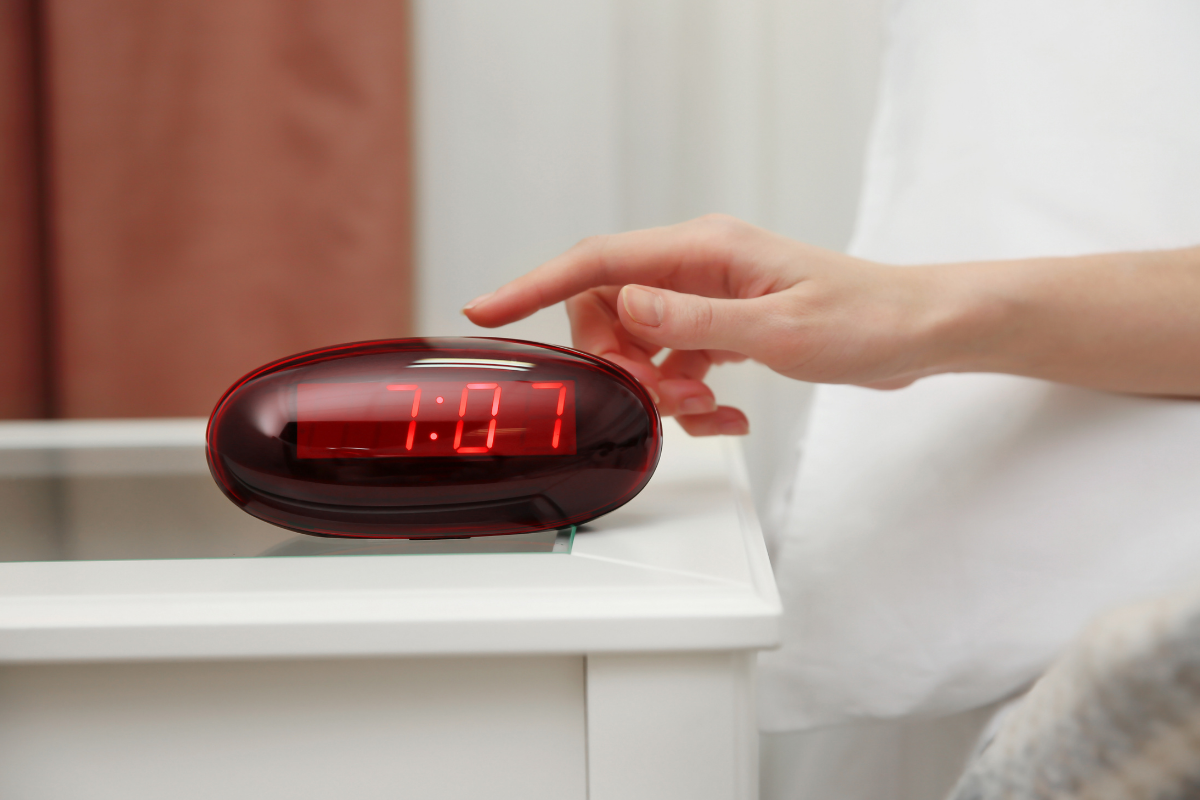 My New Years Resolution was to not take my phone into my room so I wouldn’t constantly scroll aimlessly at night when I could be using those minutes (...or hours) actually sleeping. So, what I done was bought a physical alarm clock to wake me up. I took my charger and phone and set it beside a socket close to my bathroom and leave it there for the night.

When the alarm goes off in the morning it’s a lot easier to get up rather than hit snooze on my iPhone. Now that my phone is beside the bathroom, I get dressed, then wash and wake myself up in the bathroom before retrieving my phone. I would be lying to say I’ve stuck by this religiously as some nights when the lads group chat is bouncing, I’ve snuck it down the room again but as I said, who cares? If I’m spending more nights without my phone in bed than I was before then that’s progress and any progress at all is important for me. A lot of people say they’re going to lose weight as their resolution and go from eating 1/2 takeaways a week prior to new year to eating zero in January - How the hell is that sustainable? Life is about actually enjoying the process of improvement, as if you aren’t enjoying it then what are you doing it for?

I read a great book recently called ‘The subtle art of not giving a f*ck’. If you are a reader or even if you aren’t, it’s a book worth reading or listening to on audible. Mark Manson talks a lot about getting comfortable with doing things that aren’t enjoyable right now but you know its actually the right thing to do and the things that are effectively improving you and your life. 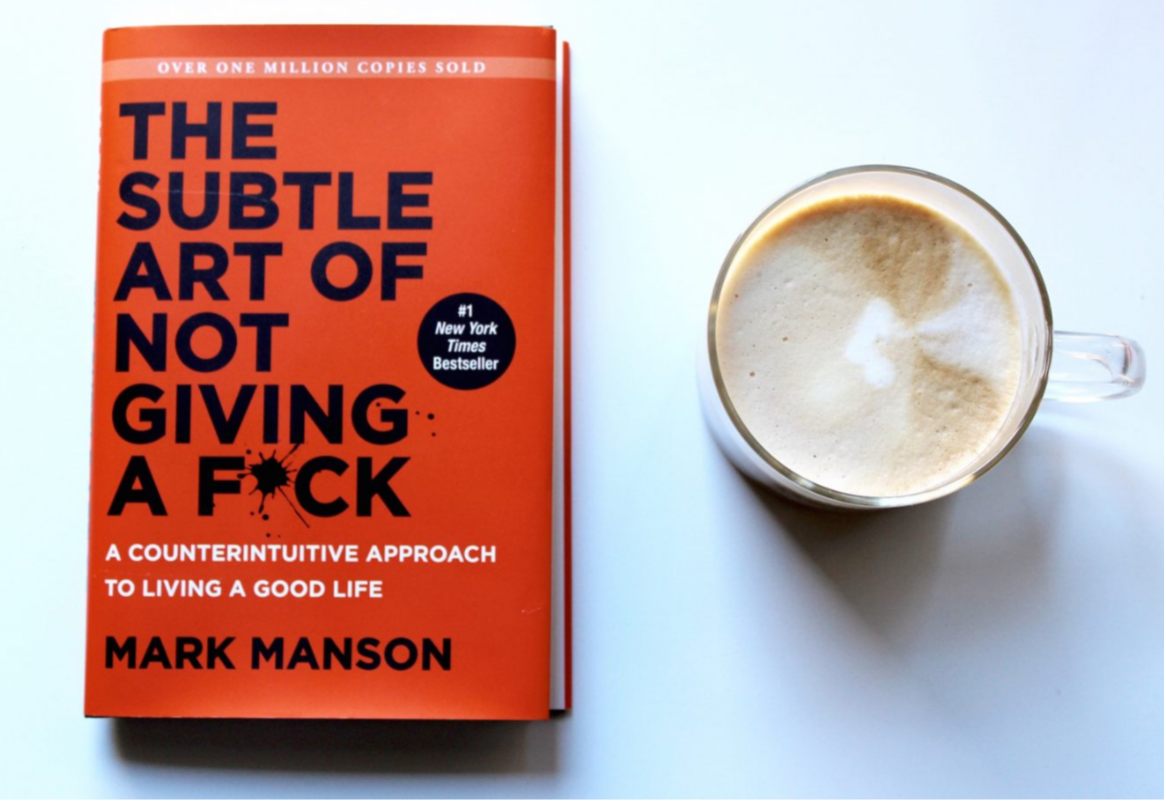 This goes against what I just said above to some extent but when you think about it, it’s true. Me being on my phone at night is great as I’m indulging in things my brain wants to see but realistically sleep is going to offer me a lot more physically and mentally than being on my phone – hence why I am trying to make the switch of disowning my phone at bed time. People just want the pleasure of now, they want it instantly and why wouldn’t they? With the way the world has played out since the pandemic it’s very easy to give in to it. Mark Manson hits a lot of knowledge bombs within that book and the importance of sacrifice for the greater good is a big takeaway for me; the falling in love with improvement.

You might think I got a little side tracked from the initial conversation of New Years Resolutions but I want both conversations to tie into my conclusion here. WHO CARES if you didn’t stick to your goals for 2022 in the space of those 4 weeks; you can start again whenever the hell you want? If you are still continuing to do what you said you were going to do then fair play and keep going, you’re 4 weeks in and remember the importance of why you’re doing it, it will come to a stage where it’s not a resolution and it will become and be instilled as your everyday daily habits and that will be the hard work over – you’ve got this.

I will leave you with this without sounding very cliché or soppy. It’s okay to fall off the band wagon, as I said the majority of people fail in their New Years resolutions within 6 months anyway; you’re not on your own. Think about what you need to change and WHY you need to change it, then make simple steps to do it, like I’ve mentioned earlier. You can start any day you want and as Mark Manson demands - Get comfortable with being uncomfortable!

How to travel on a budget?

March 28, 2022
Sunday,Monday,Tuesday,Wednesday,Thursday,Friday,Saturday
January,February,March,April,May,June,July,August,September,October,November,December
Not enough items available. Only [max] left.
Add to WishlistBrowse WishlistRemove Wishlist
0Compare
0Wishlist
0Cart
Account
Search
We use cookies to improve your experience on our website. By browsing this website, you agree to our use of cookies.
Accept